If you Google the term “wine mom,” you’ll find an array of comedic returns, including countless memes of celebrities like Julia Louis-Dreyfus maniacally waving a bottle of wine or Amy Schumer drinking from an oversized glass, or numbered lists pointing to “signs you might be a wine mom.”

You’ll also find popular media articles highlighting that while this trope initially appears to be harmless fun, it also alludes to a darker underside of modern motherhood.

As fetal alcohol spectrum disorder (FASD) prevention researchers, we are increasingly interested in the growing popularity of this phenomenon and its portrayal on social media.

A wine mom is a mother who drinks wine to take the edge off daily tasks associated with motherhood. While the use of substances to cope with challenges is not new (like “mother’s little helper”), the term wine mom became popular in the mid-2010s when mothers began to self-identify and joke online about drinking wine to cope with the stresses of modern motherhood. This self-identification helped women to generate social connections (though perhaps superficially) with other mothers in online spaces. 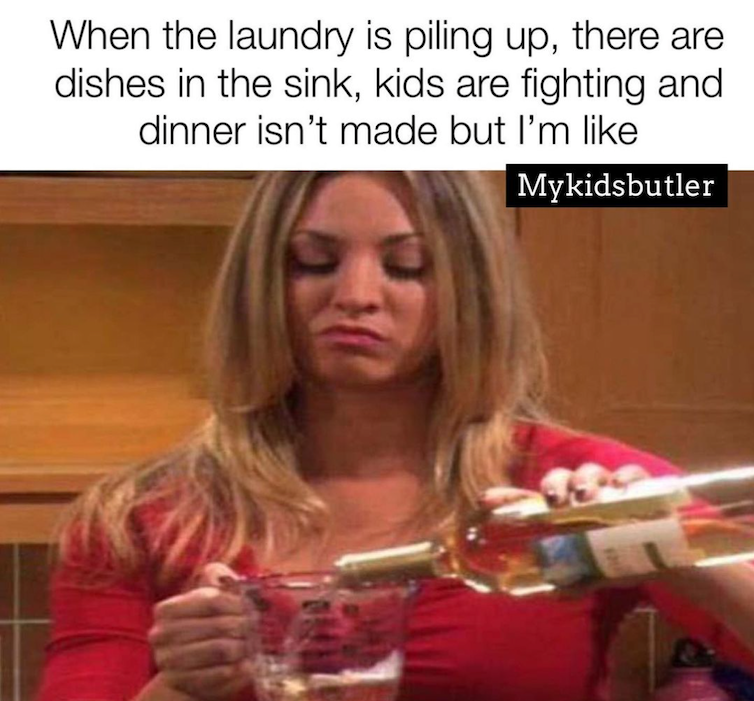 #WineMom fights back against the picture of a “good mother”

What constitutes motherhood is a collection of behaviours and values that women embody, which are often influenced by social and cultural norms.

Women are described as “good mothers” when they exhibit behaviours associated with being a doting caregiver, having an immaculate home and engaging in flawless self-care. Women who fail to achieve these high standards run the risk of being characterized as “bad mothers” and being shamed or ostracized.

In our recent study, we explored posts using the #winemom hashtag on Instagram to better understand how alcohol consumption was juxtaposed with motherhood.

Consistent with what has been reported in popular media, we found that alcohol, and specifically wine, was often used to fight back against traditional social constructions of what it means to be a “good mother.” Women used the #winemom hashtag to convey that alcohol is an acceptable form of self-care and a means of coping with daily tasks.

The darker side of #WineMom

Health critics have described alcohol as “no ordinary commodity” given the serious biological, psychological and social impacts of its use. Growing evidence reveals that alcohol use amongst women of childbearing age in North America is increasing.

This is where the #winemom hashtag can become problematic. 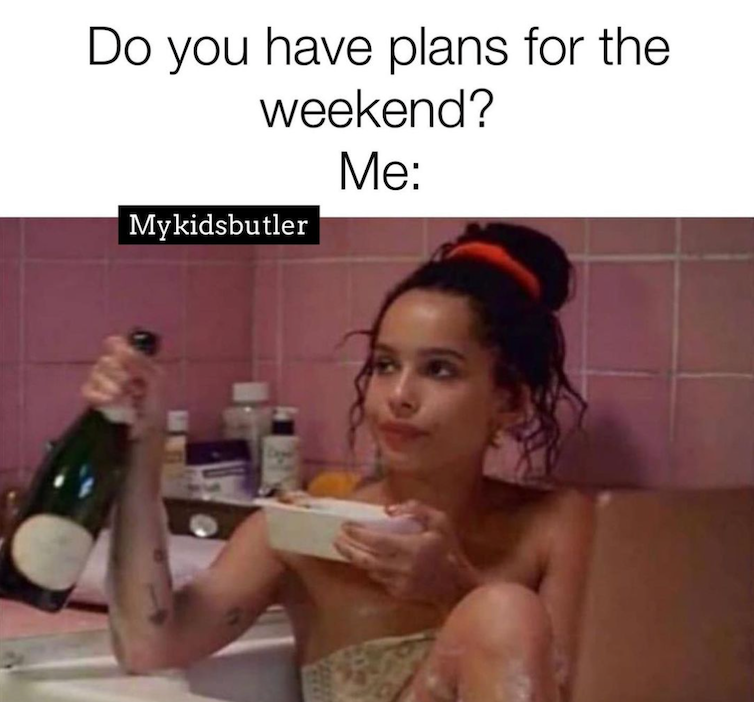 The hashtag was used as a form of empowerment and connection — but these messages normalize binge drinking and encourage the use of alcohol as a one-stop coping strategy.

Increasingly, in popular media former wine moms are sharing their stories of how participating in “wine mom” culture led them to develop a problematic relationship with alcohol. They’re now sharing posts celebrating their sobriety when they used to share memes about drinking.

COVID-19 prompted new versions of the “wine mom” meme, centred on drinking to deal with the pandemic and its associated challenges. At the same time, researchers reported that 18 per cent of Canadians increased their alcohol use during the pandemic to cope with lack of a regular schedule, boredom and stress.

As more research emerges on the impact of COVID-19, growing evidence speaks to the compounding impact of the pandemic on women and mothers. Mental health and substance use concerns have remained very high. Females reported the most mental health concerns, particularly among those living in households with young children (under 13). Thirty-seven per cent of females reported both moderate-to-severe anxiety and increased alcohol use.

Women are being pushed out of the workforce primarily due to child care obligations; COVID-19 restrictions are limiting opportunities for social connection; and closures to gyms, businesses and outdoor amenities means reduced access to healthy outlets for stress.

Women who are seeking ways to cope with additional stress and increasing mental health challenges may find shelter and connection within the virtual ‘wine mom’ community.

What started out as a way for women to unite and poke fun at the challenges associated with motherhood has revealed an alarming indication that women’s needs are not being addressed in real and serious ways. The COVID-19 pandemic has further stressed mental health needs and highlighted how women are increasingly juggling multiple roles.

While #winemoms provides a space essential for empowerment and connection, we need to ensure that women have access to the supports and resources that provide healthier opportunities to cope with their stress and mental health challenges. It is evident that both during COVID-19 and beyond, women need support that extends beyond wine mom culture.